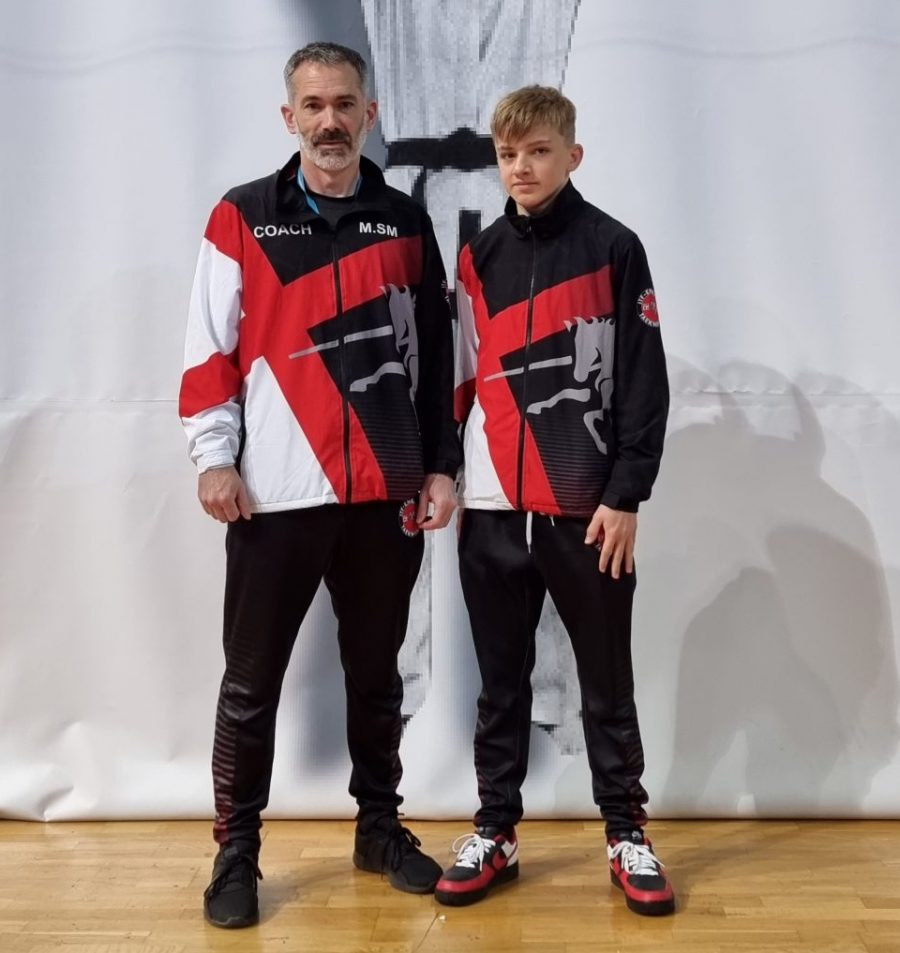 Before we move forward into another year let’s look back at some of the many successes we had as a school during 2022.

Master Millis attended National Black Belt Grading held in Elgin Scotland where he was invited to sit along side UKTA Grand Masters Grading Panel during the Exams.

Wilf Russell competed at the European Championships in Croatia with the Junior Male ITF England National Taekwon-Do Team. Wilf did extremely well in what was his first international event, returning with a bronze medal in Team Patterns.

Master Millis attended the European Championships in Croatia as Head Coach for the ITF England National Taekwon-Do Team. This was the first international championship to take place since the global pandemic in 2019.

Master Millis took the opportunity to attend the ‘online’ International Instructors Course conducted by Grand Master Hwang Ho Yong. Instructors must attend an IIC course at least once every three years to remain up to date.

Seven members of our school attended to National Black Belt Seminar and Grading in Didcot. The course consisted of 9hrs training over 2 days followed by a final day of Black Belt exams.

In December we had the pleasure of having EITF Secretary General and ITF England Team Manager Master Alan Clark conduct our Devon area seminar in Exeter. The fun seminar packed with stretching, sparring drills and patterns was enjoyed by all who attended. After the seminars there was an opportunity to grade and our colour belt Richard Partridge promoted to Green Belt.